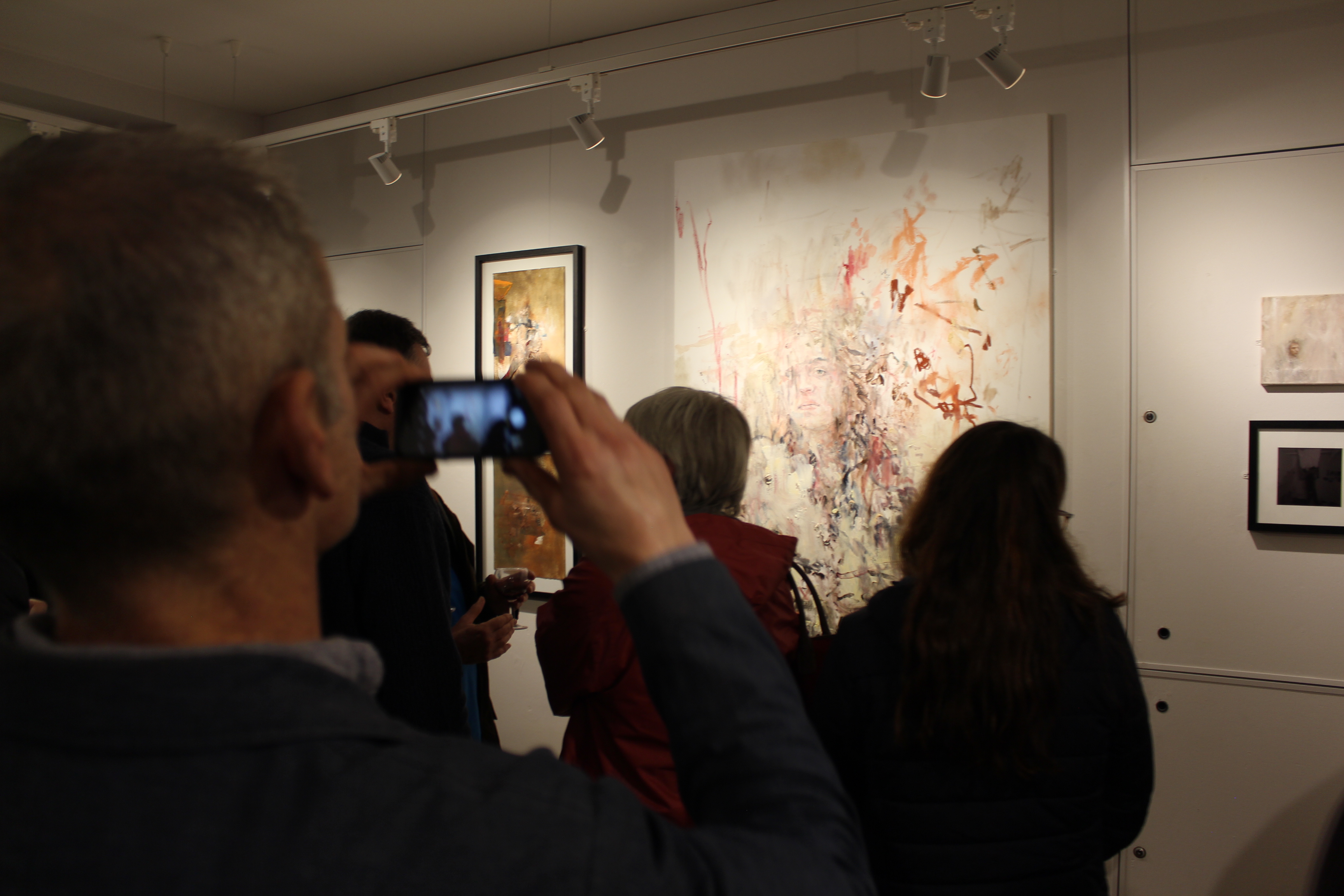 On Thursday the 16th of January, Canolfan Arad Goch was full to the brim for the opening of an exhibition by two young artists from Neath.

Tomos Sparnon and Owain Sparnon’s work has already received recognition and success in competitions, eisteddfodau and other galleries and both are just 22 and 19 years old. This is the first time that the two brothers have had an exhibition together and the art historian Peter Lord was present to open the exhibition.

“Part of the mission of Cwmni Theatr Arad Goch is to promote the work of young Welsh artists from all creative fields” said Jeremy Turner, Creative director of Arad Goch.

“We’re very pleased to be able to show the exciting work of these two young Welsh artists and we’re very grateful to the art historian Peter Lord for opening the exhibition and for his support.”

Tomos graduated with a first-class degree in Fine Art from Swansea Art School in 2018 and his work investigates human form and the fragility through a variety of mediums. In 2015, he won the art Medal at the Urdd Eisteddfod in Caerffili and in 2017 was awarded the Art Scholarship in the Urdd Eisteddfod in Bridgend. Tomos’ work has been shown in the Welsh Assembly and in galleries including Y Galeri Caerffili, Oriel Glynn Vivian, Swansea, Oriel Kooywood, Caerdydd a GS Artists, Swansea.

Owain is currently a second-year student in Swansea Art College, studying for a degree in fine art. His recent work is created by responding to light and ephemerality through a variety of mediums. Owain won the Under-19 art prize in the Urdd Eisteddfod in Llanelwedd 2018, the second prize in the Art Medal in the Urdd Eisteddfod in Llanelwedd in 2018 and in Bridgend in 2017 and the Jane Phillips Residency Prize at Mission Gallery Swansea in 2017.

Tomos Sparnon and Owain Sparnon’s exhibition will be at Canolfan Arad Goch, Aberystwyth ‘till the end of March, 2020.