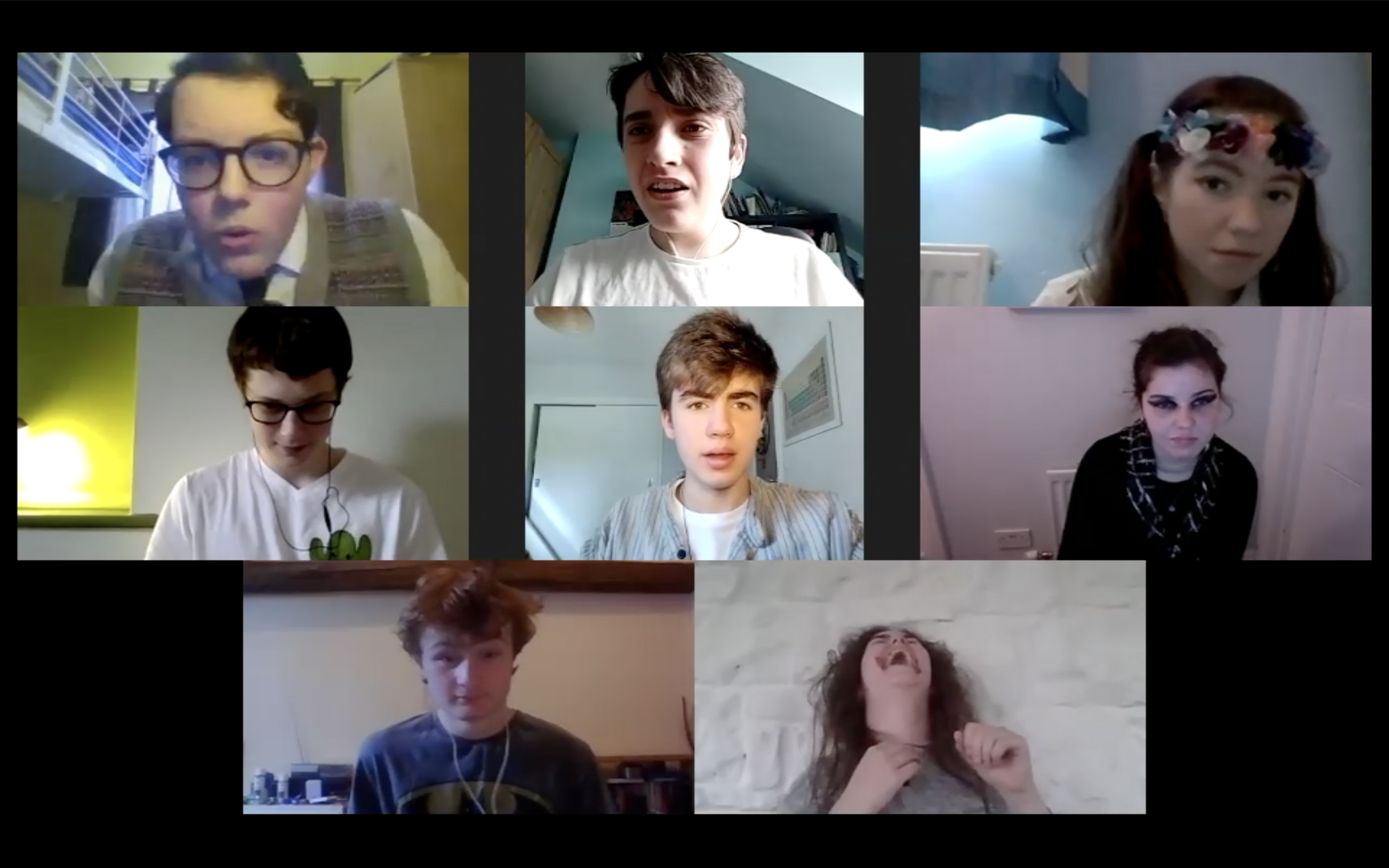 The past few months have been one of the biggest challenges to face the theatre industry, and there are  still plenty of challenges to come. Despite this, we’re very grateful to the Arts Council of Wales for all of their support throughout the year – ensuring that we can continue to work throughout it all – and of course, our audience, supporters and participators who have taken part and watched our productions throughout this strange year.

The year’s plan changed entirely back in March, but we’ve continued to create. Over websites such as Zoom, audio dramas and digital activities we’ve succeeded to create drama.

At the beginning of September our latest production was released on AM, Cariad Dan Glo. It was produced by some of our GCSE Drama course members, with a script by Jeremy Turner.

Love. Parties. Games. Meeting up. Falling out. All on a screen. 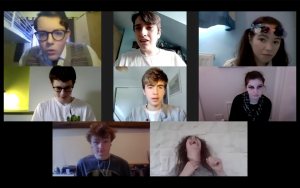 The production is about young people spending the summer of 2020 in front of a screen, and was created entirely on Zoom over five weeks.

To watch Cariad Dan Glo, and Arad Goch’s other online productions, such as Stori Zuzia and Duwies y Tanfyd (by blAGur drama club) head to www.amam.cymru/aradgoch.

The journey starts today! Rehearsals are starting today for our production Not Me. Good luck everyone! 🎭